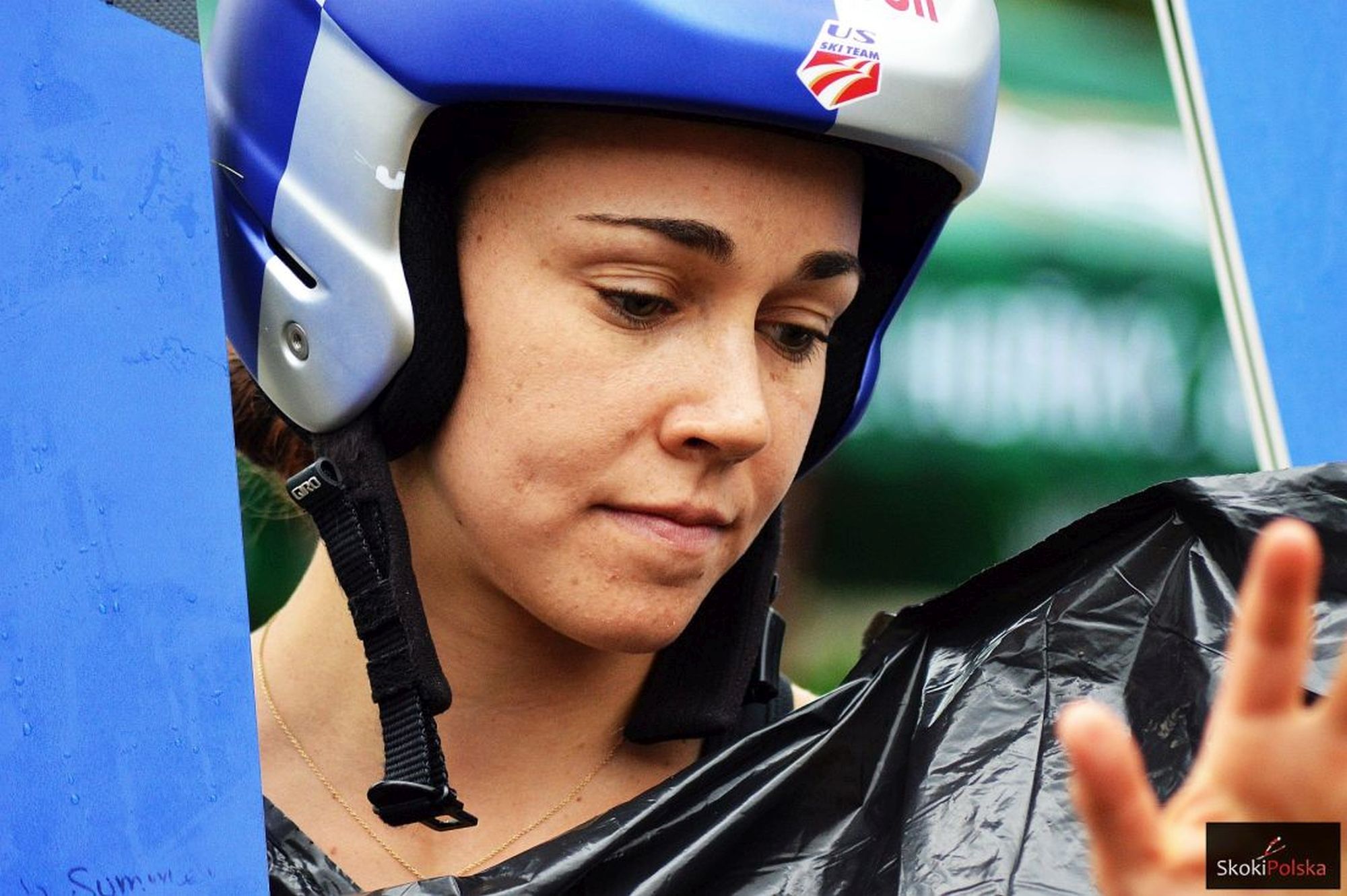 Nearly a decade ago, Sarah Hendrickson became the first female ski jumper in history to win a Crystal Globe as the overall World Cup winner. She succeeded in proving that this achievement was within the reach of an athlete from a country that isn’t exactly considered a ski jumping powerhouse. At present, the Utah native seems to have stepped back from top-level competition. She took the time to tell us about what her current priorities are and whether we can look forward to seeing her in action at a ski jump in the future.

Anna Libera, Bartosz Leja: Hello, Sarah. First off, how have you been during this challenging pandemic time?

Sarah Hendrickson: I am doing great. I have moved about 6 hours by car away from my hometown of Park City, to live with my boyfriend in Colorado. I am going to school, working, and of course – skiing and having fun outside.

We’re curious to find out what your daily routine has been like in the last months. Do you still care about ski jumping as much as ever, or is something else your passion now?

My passion for ski jumping will never die. It started from such an early age and grew so much over the years. The traveling, the training, the people, and the excitement that ski jumping has brought me – it’s like nothing else in this world. However, with the many injuries, I have had to find other passions that keep me happy every day. Things like studying, education, reading, skiing, biking and fitness are just some of the few that fuel me in my everyday smiles. Although I am not currently ski jumping, I have been in love with this sport for so long, that will never fade.

Does that mean that you’ve been following this season’s ski jumping competitions? Is there anything in particular that surprised you?

I watch all the men’s competitions and most of the women’s. To be honest, it is mentally hard for me to watch the women because I do miss competing. The level for the top 15 women is so high and the number of women that are competing is always increasing. It is so great to see. I love seeing new names on top like Nika Križnar and Marita Kramer, which is making the fight to be the overall champ more exciting. I was very, very happy with Ema Klinec winning in Oberstdorf. She has gone through many injuries like myself, and I respect her for that strength to come back and win. Congrats Ema.

You mentioned the high level of the top 15 in the women’s World Cup, and we could especially see that on the large hill at the World Championships in Oberstdorf, however most of the other girls struggled to reach the 100-meter mark, much less the K-point. Why do you think that is?

The fight is on to allow women to fly on ski flying hills, but what do you say about the large number of ACL injuries? Do you think women outside the top 20 will be comfortable ski flying, or should there be some preparations to ensure their confidence and safety?

There are ACL injuries in almost all skiing sports. On the men’s and women’s side. It’s just something a lot of sports are battling, and some bad luck. I think to progress to ski flying, the top 15 girls are certainly ready, and the rest of the field is on its way within the coming years.

Let’s move on to the most pressing issue for your fans, so here’s the big question: are you planning to continue your international ski jumping career?

This is a hard question, but I will say that my future plans do not include ski jumping in the World Cup. I had a back surgery in December of 2019 and was planning on undergoing rehabilitation to come back and compete again. But I made it to about 70% of the training load, and it was too much for my body. The plyometrics portion was just causing too much impact. I was tired of living in pain and pushing through the discomfort. After my many knee surgeries and now chronic back pain, I just decided that I had to listen to my body. Does that mean I will never jump again? Hopefully not, but for now, I am not planning on competing in the near future.

When did you last ski jump?

My last jumps were in Bischofshofen in October of 2019. I was in so much pain in my back, I could hardly function. My back was so badly injured, it was affecting my spinal cord and the function of my right foot and ankle. It was after this trip that I realized how serious the injury was and that I needed an operation. I miss a lot of things about ski jumping. I miss large hills and flying far, and of course miss the athletes and coaches that have grown to be my second family.

You recently said in a podcast that when you were learning to ski jump, you trained together with boys. You’re now involved in a program meant to encourage young girls to ski jump called Fly Girls. Can you tell us a bit about the program, as well as your thoughts around how coeducational training can impact the female athletes’ results?

Back in 2015, we started a girls-only camp (“Fly Girls”) for junior athletes in the US. It now includes boys in the camp, which is fantastic. I think having the male and female athletes together benefit both groups, and we will continue to do that going forward. I now coach for this camp every summer, and it’s a nice way to stay involved within the community.

You’re often involved in representational activities associated with ski jumping. You pointed out in a podcast that the  ratio of men to women at those meetings is 200:3. Do you expect that to change in the coming years and what do you think would contribute to more gender equality in the sport?

Right now, I am really focused on the politics of women’s ski jumping. As we know, the issues include the lack of events, and the women receive much less in prize money and not as much attention is paid to their competitions. In my eyes, it has to get better. I am working very hard as a FIS representative to push for better treatment on all of these accounts. There are simple facts like the men bring in more media money and attention than the women, but at the end of the day, FIS and organizing committees need to step up and give us the same opportunities. We can have exciting events just like the men, and it will get more popular if people give us more opportunities.

We remember how long women had to fight for the opportunity to participate in the Olympic Games. Who were your role models in ski jumping and sports, who perhaps inspired you to actively work towards equality in ski jumping?

I was not part of the fight to get WSJ in the Olympics, but I was in the right place at the right time when we were finally allowed to compete in 2014. I have to give all the credit to my older teammates and the older women from Germany, Austria and Norway that led the fight. However, the political push is still not over. As mentioned, we are far from equal and I am doing all I can to push for an equal playing field.

When we look at American ski jumping, there was really high potential among the ladies’ team, but that was some years ago. What happened in the last years? Do you think the problem lies in the level of coaching, are the athletes not as talented, or maybe is it that they don’t see a good future in this sport for themselves?

It is hard to say. We had a very talented group of five women when we won the overall nations cup in 2012 and 2013, that was a little bit of luck. However in the years since, we have lost a lot of funding for the women. We had many sponsors and donors that supported us through the first Olympics, but then felt like it was the end of the equality push. I understand why people pulled away, but in my eyes, we still have a long way to go. We are slowly building back our youth programs and the younger girls reaching the World Cup do have a positive future. I am eager to see what the future holds for the next 10 years out of the US, but we face numerous challenges with financial support and increased travel time.

Polish ski jumping has gotten off to a late start and is not taking off as successfully as the fans would have hoped. What do you think would help the Polish girls to catch up to the world’s elite?

I really hope to see some more events in Poland, so that we can inspire Polish girls to get started in the sport. Having idols to look up to is huge and can help the funding and support problems that I think they face.

In conclusion, what can we wish Sarah Hendrickson for this year? Or, perhaps, what would you wish yourself?

I mainly want people to know that even though I am not competing right now, I am still very much involved in the sport. I want to see more events, more sponsors, and more money be put into the exploding sport. The extent of how much we have grown as a women’s sport in the past 10 years has been just about as fast as possible. The level the Maren Lundby, Sara Takanashi, Nika Križnar, Eva Pinkelnig, Chiara Hölzl, Marita Kramer and Silje Opseth are jumping at is the level that the men were jumping at not many years ago. I am optimistic that we will only continue to grow and get more opportunities to show the world how far women can jump.

An interview by Anna Libera and Bartosz Leja,
SkokiPolska.pl 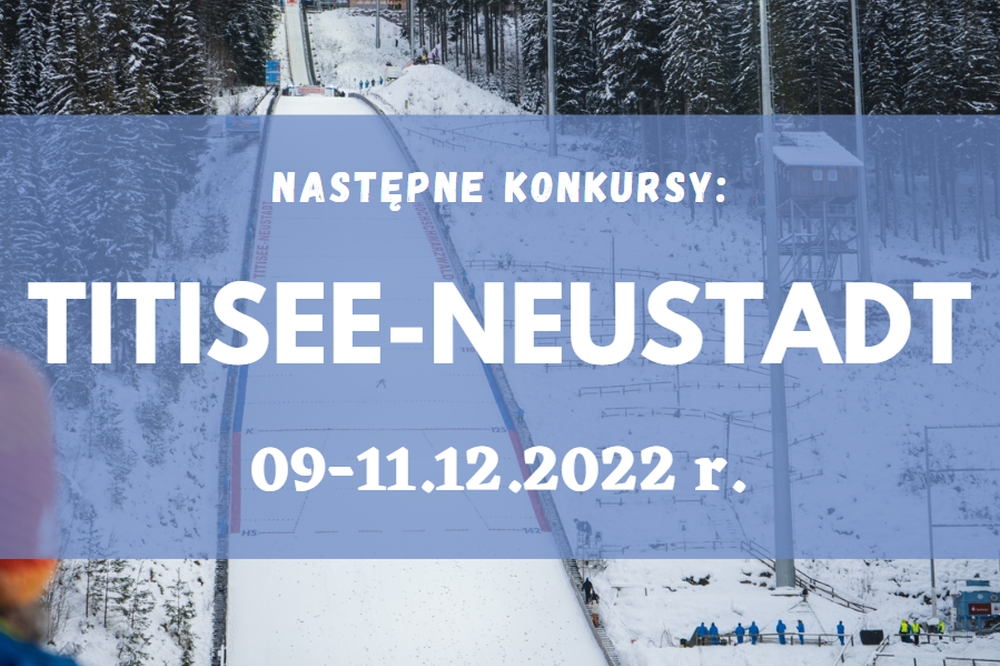 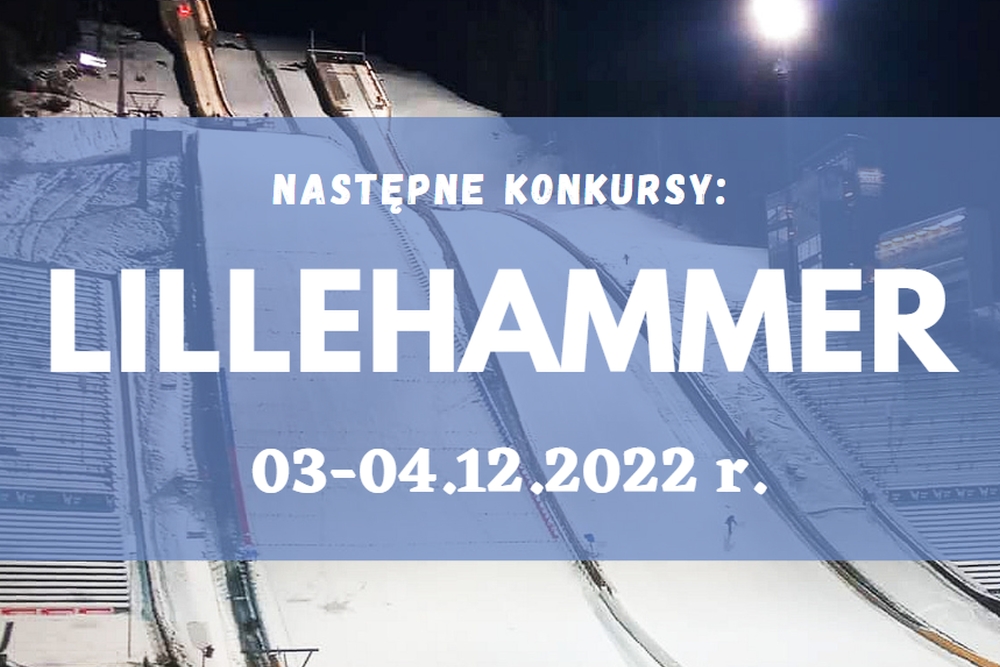 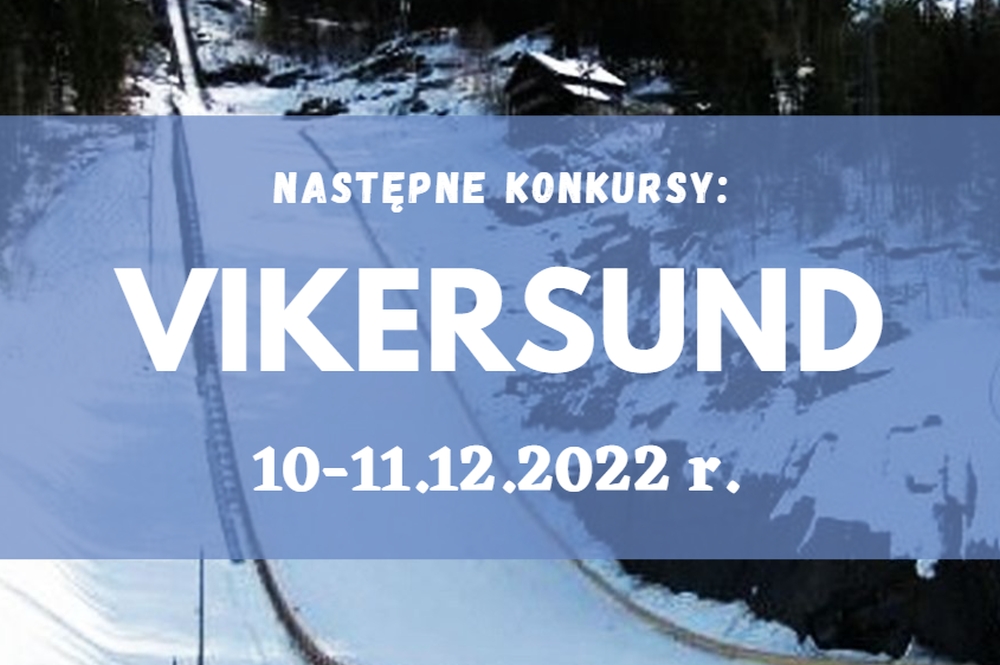 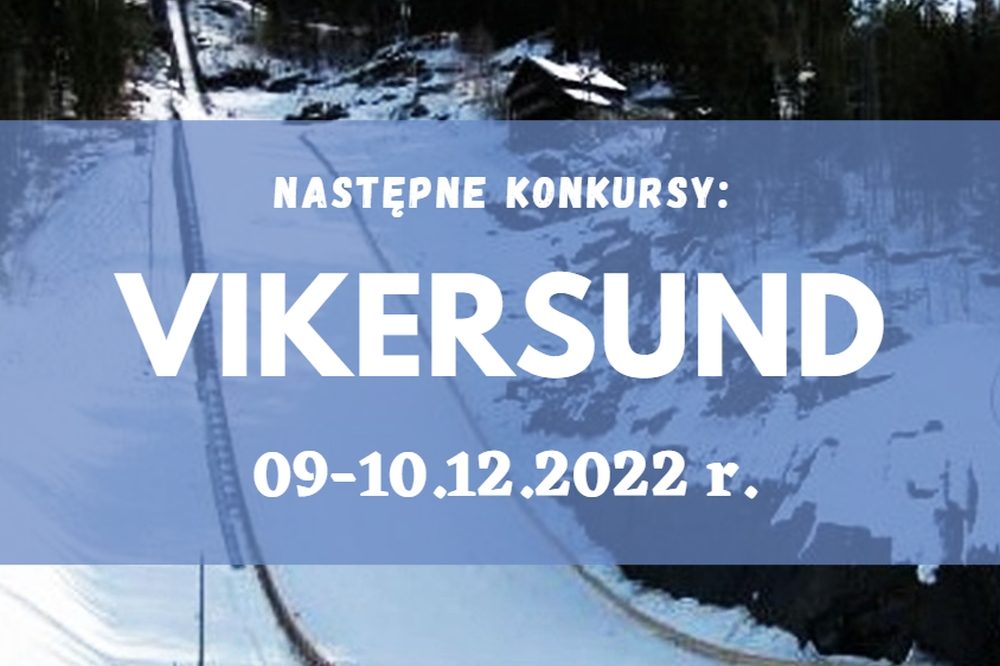 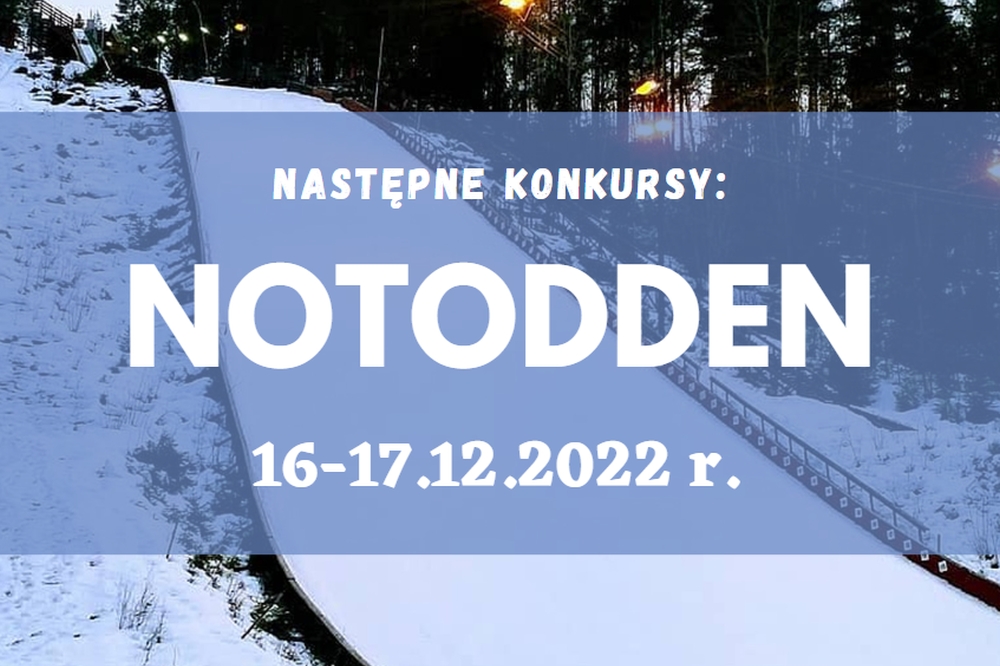 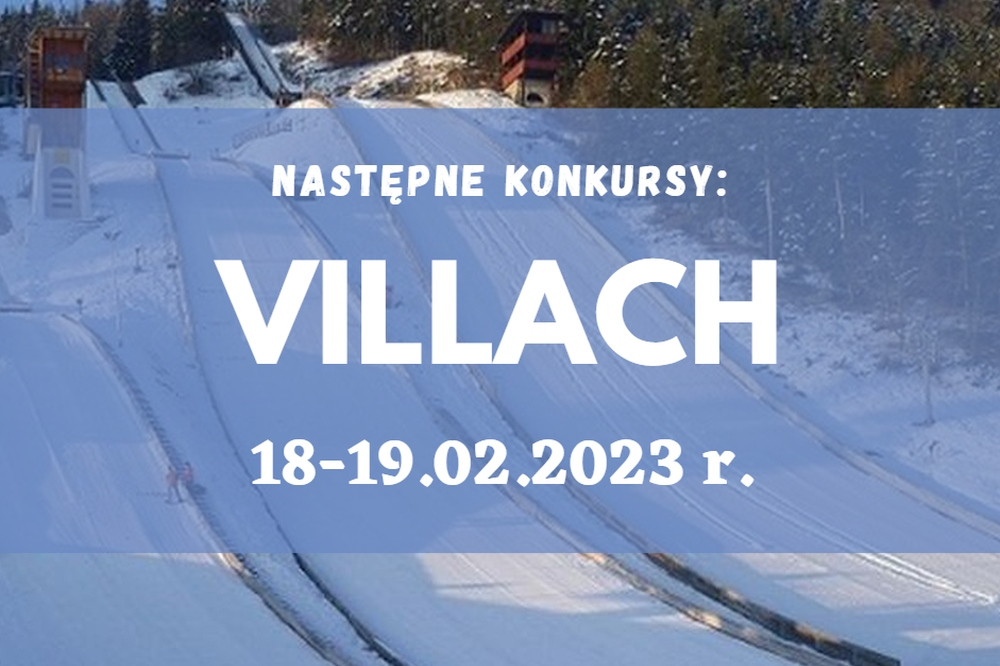