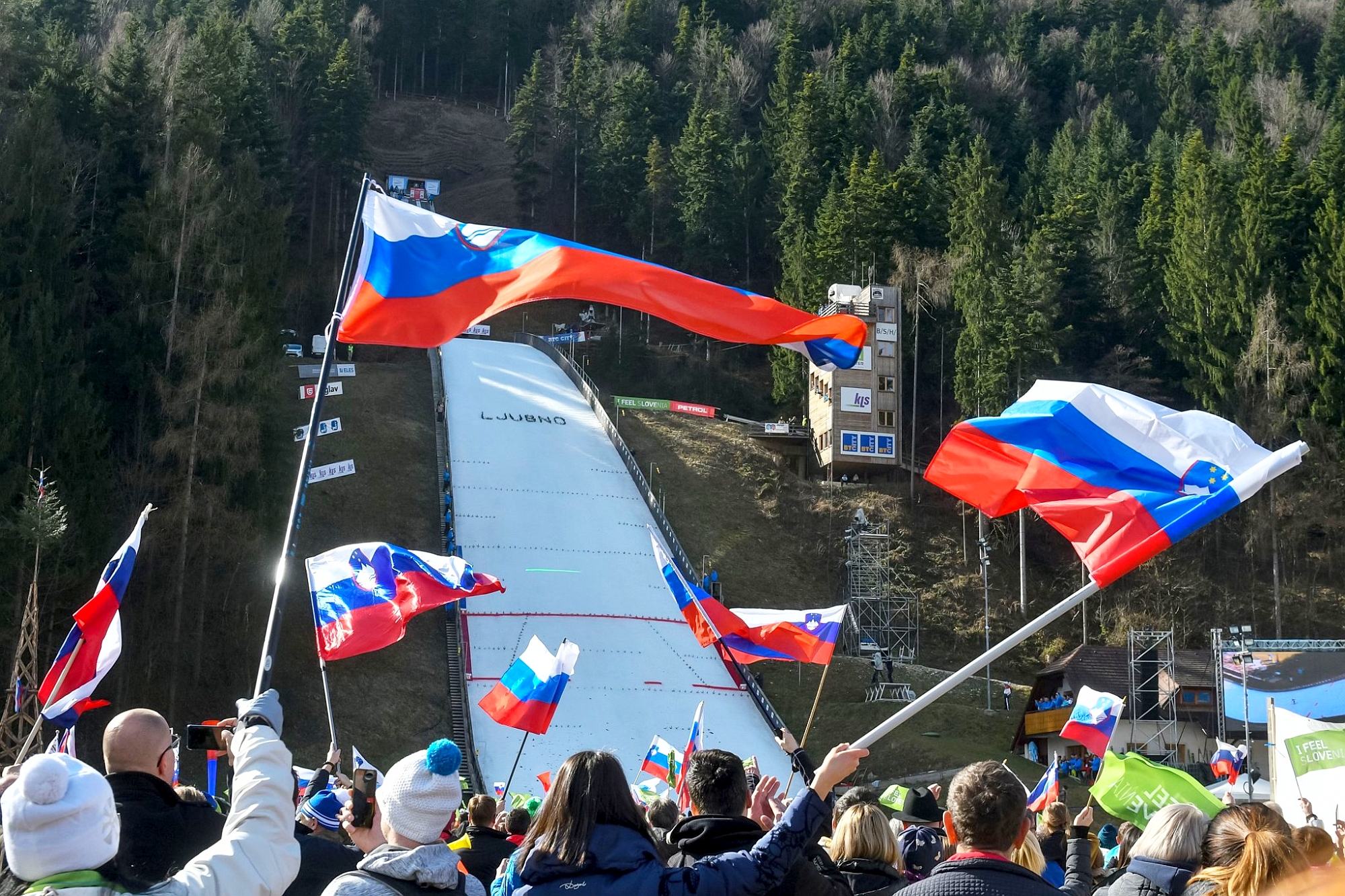 The development of women’s ski jumping is heading in an ever better direction. Contrary to what was going on during the 2020/2021 season, when numerous competitions were cancelled due to the coronavirus pandemic, the upcoming season seems quite promising for the ladies, and it may even bring a breakthrough of sorts. A new element has been added to the women’s World Cup – the Silvester Tournament is scheduled to take place in Ljubno, Slovenia, and it will be a starting point for a series of sports events much akin to the men’s prestigious Four Hills Tournament.

Until now, the female jumpers had not had the opportunity to participate in New Year’s competitions. Their season usually started only at the beginning of December, and due to their calendar lacking events during the New Year period altogether, the ladies usually had about a month’s break from competing at World Cup level. The fast-approaching 2021/2022 season is looking more diverse for the women, not least because of the afore-mentioned tournament, which is going to be held in Ljubno.

The New Year’s Eve tournament will consist of two individual competitions held at the Logarska Dolina (K-85 / HS-94) normal ski jumping hill on December 31, 2021 and January 1, 2022. Originally, the Slovenian town was going to host the ladies in the second half of January, however, those events were moved to the turn of the old and new year. This means that for the first time in history, the female ski jumpers will spend New Year’s Eve and New Year’s morning on the World Cup tour. The tournament will consist of competitions in which the first rounds will be held in the form of the characteristic KO duels we know so well from the men’s Four Hills Tournament. “I believe that the entire tournament is a good and incredibly important step in women’s ski jumping. The KO system will be something completely new for us,” admitted the Slovenian jumper Špela Rogelj. “I think that a tournament like this may be more interesting not only for the spectators but also for us athletes. We will prove ourselves in something completely different”, she added.

The women’s tournament in Ljubno will be the first of its type to be organised by the Slovenians. “We’re convinced that we deserved this as a result of our excellent organisation of other events in the past decade, as well as due to our hospitality”, said Rajko Pintar, chairman of the organising committee of the event, in an interview with the Slovenian national TV station. Pintar considers it a good step towards increasing the popularity of women’s ski jumping. “We are following the idea that the women’s competitions should be even louder and exuberant than the men’s. There is still a lot of work ahead of us, especially in terms of setting up the stadium. The competitions will be held at nighttime, illuminated with artificial lighting. This will be something new for us”, he explained. The aforementioned Špela Rogelj will not, however, be treating the home game as a priority. “Every competition is important to us. The only difference is that we will be jumping in front of our own audience, and everyone knows that it’s the best when you jump at home”, assessed the 26-year-old Slovenian, for whom the upcoming Olympic season may well be the last as an active athlete.

Apart from the Silvester Tournament in Slovenia, the calendar for the upcoming season also includes the Norwegian Raw Air tournament and the Russian Blue Bird Tour. The tournament in the Land of the Fiords first appeared in the women’s World Cup calendar in 2019. The Norwegian jumper, Maren Lundby, won both the first and the second edition of the Scandinavian tour. In March 2021, Raw Air was cancelled due to the coronavirus pandemic, and all other competitions scheduled for that season to take place in Norway followed suit. In March 2022, the Raw Air tournament will consist of three individual competitions, which will be held in Lillehammer and Oslo.

The Blue Bird tournament, in turn, has been organised as a part of the women’s World Cup since the 2018/2019 season. The series consists of four sports events held in two Russian cities – Nizhny Tagil and Tchaikovsky. The first three competitions are held on normal ski jumping hills, whereas the last finale competition is held on a large hill. Much like the last competition of the men’s season in Planica, only the thirty best-ranking female jumpers in the overall World Cup classification can participate in the finale. In 2019, the first Blue Bird winner was the German representative, Juliane Seyfarth. A year later, the tour could not take place due to the COVID-19 pandemic, whereas in 2021, the best competitor turned out to be the Austrian Marita Kramer.

In addition to the already mentioned tournaments, there was also a tour called the Lillehammer Triple in 2017 and 2018, which was quite similar to the Blue Bird Tour. The difference was that the competitions in Norway served as the inauguration to the season. The tournament consisted of three individual events at the Lysgårdsbakken ski jumping complex. Two of them were held on the normal hill, and the last one was held on the large hill only for the best thirty jumpers. The overall winner was the athlete who collectively scored the most points in all three competitions. This was achieved twice by the German Katharina Althaus.

The main event in the 2021/2022 season will undoubtedly be the Winter Olympics in Beijing. However, the tournaments that will be held in the meantime will be a great opportunity to… earn some money. The winner of the Blue Bird Tour can win 10,000 €, which is definitely one of the most lucrative prizes to be won in a ladies’ competition series. 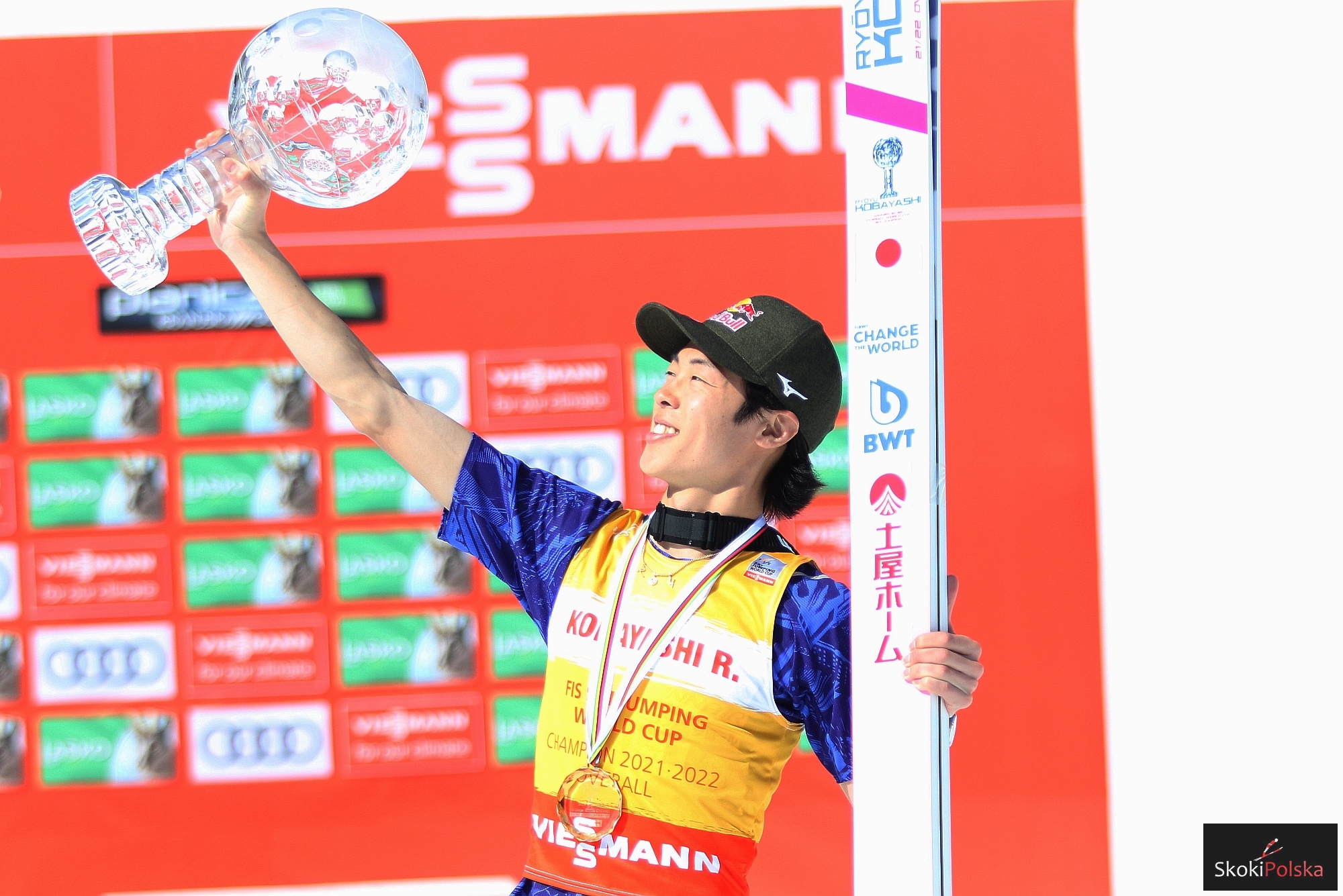 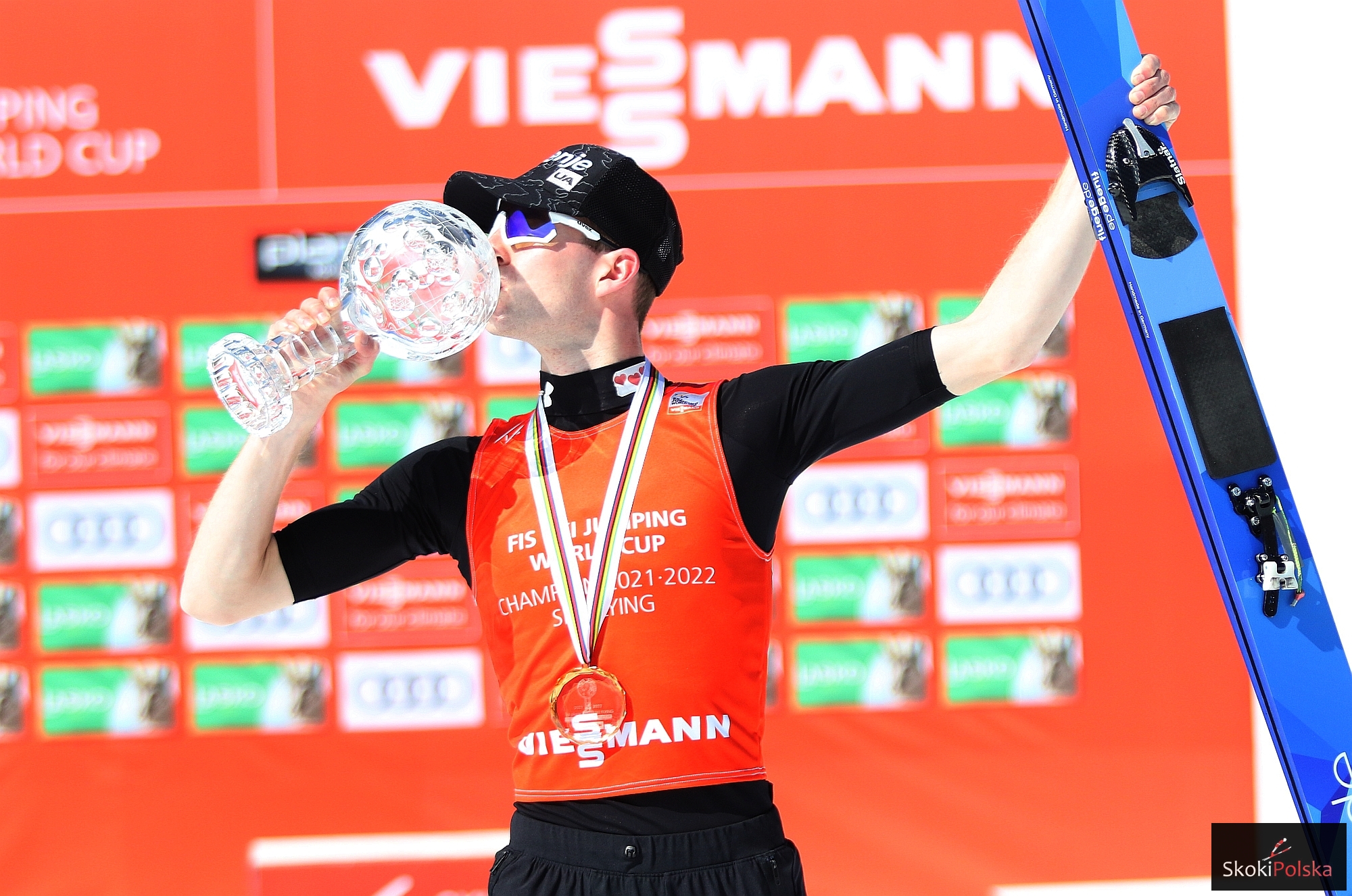 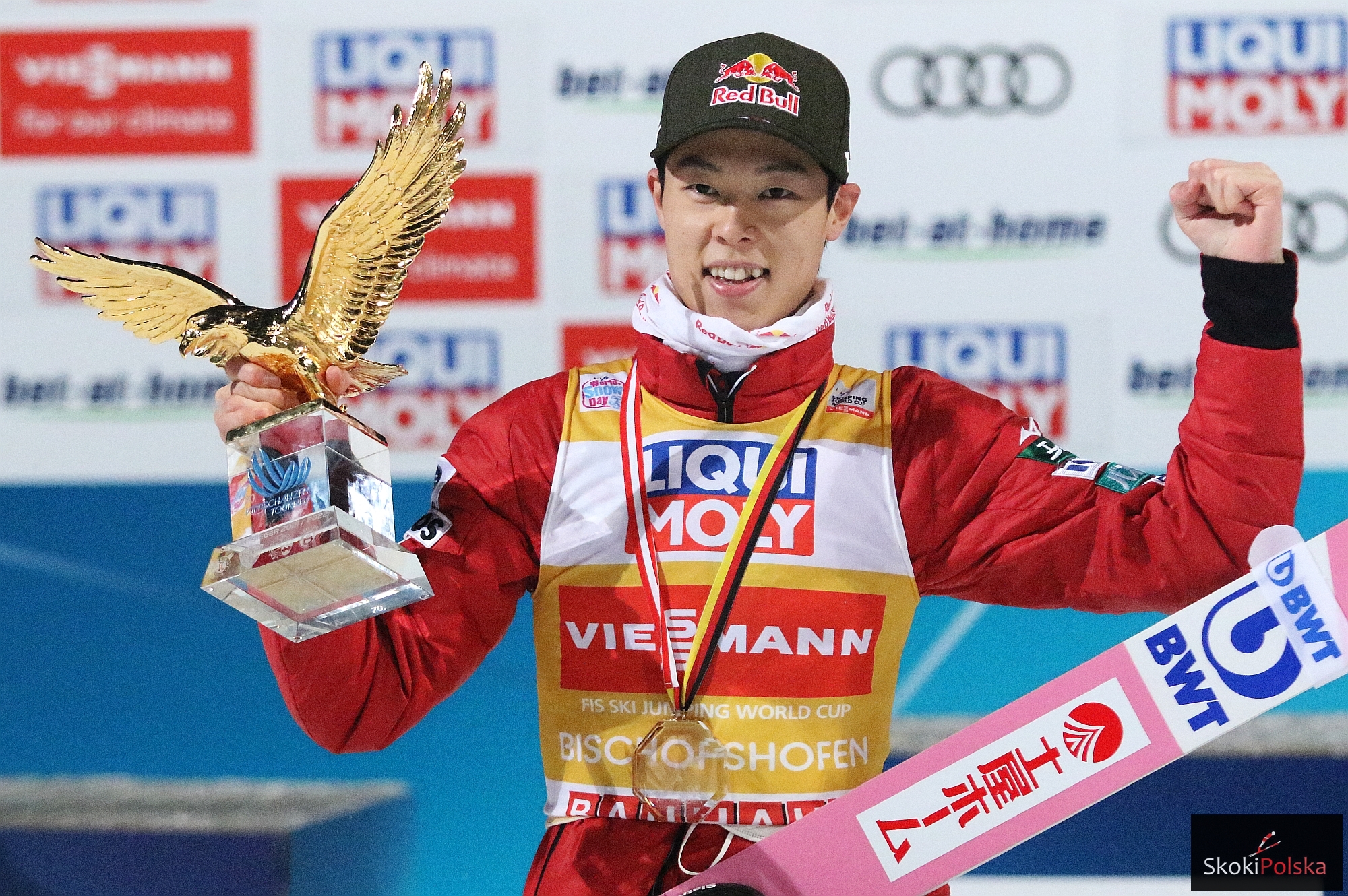 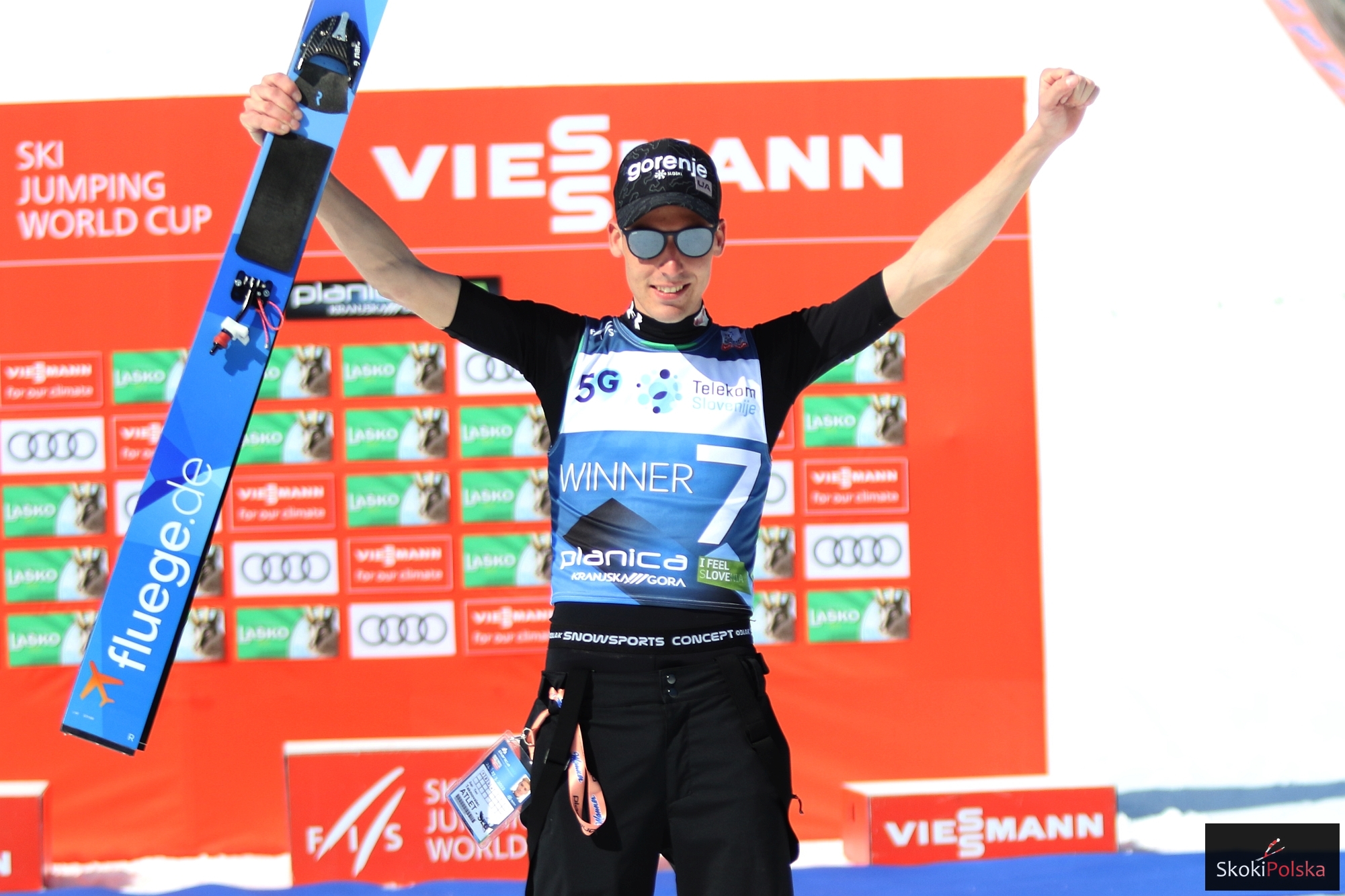 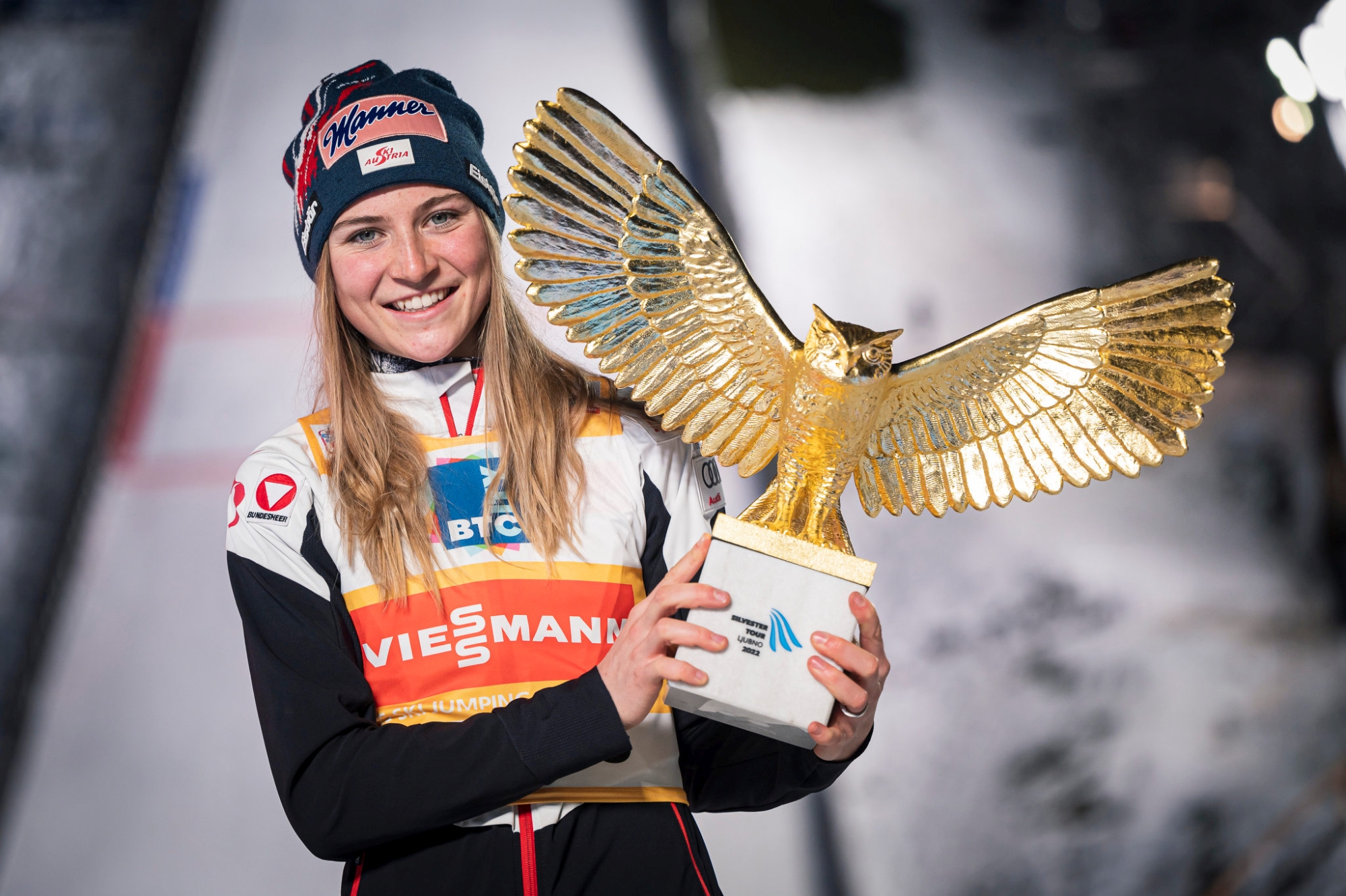 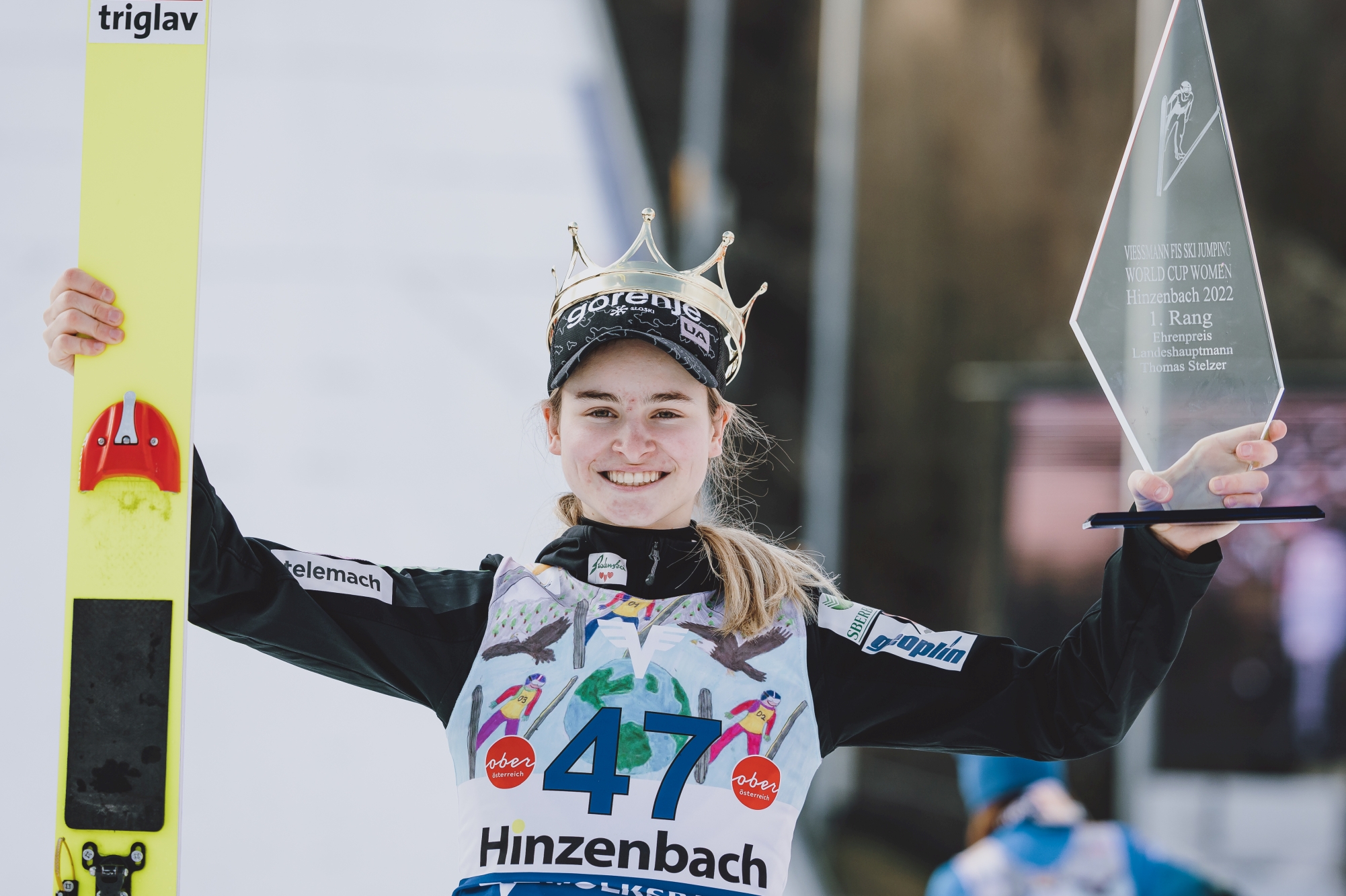 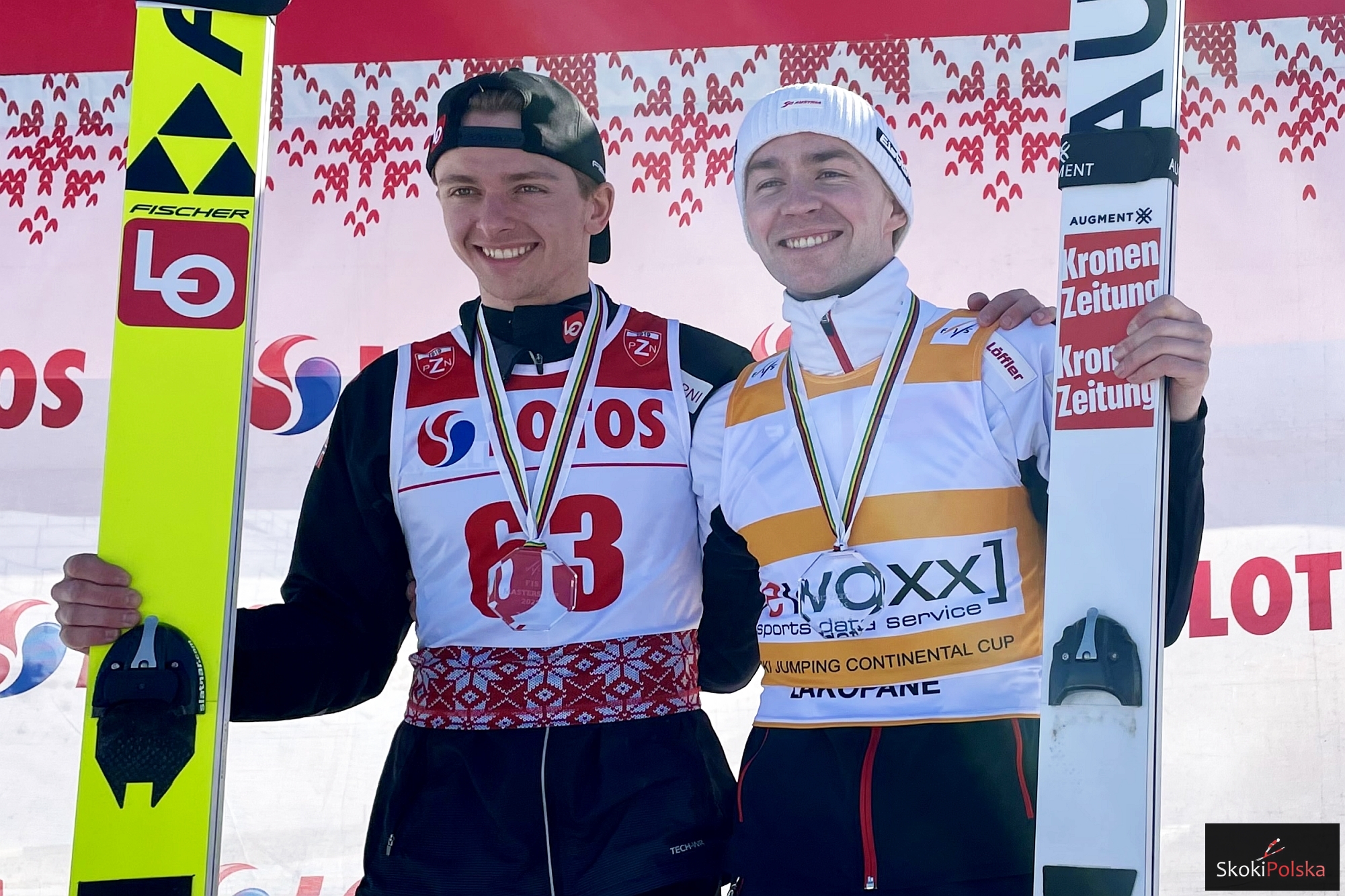 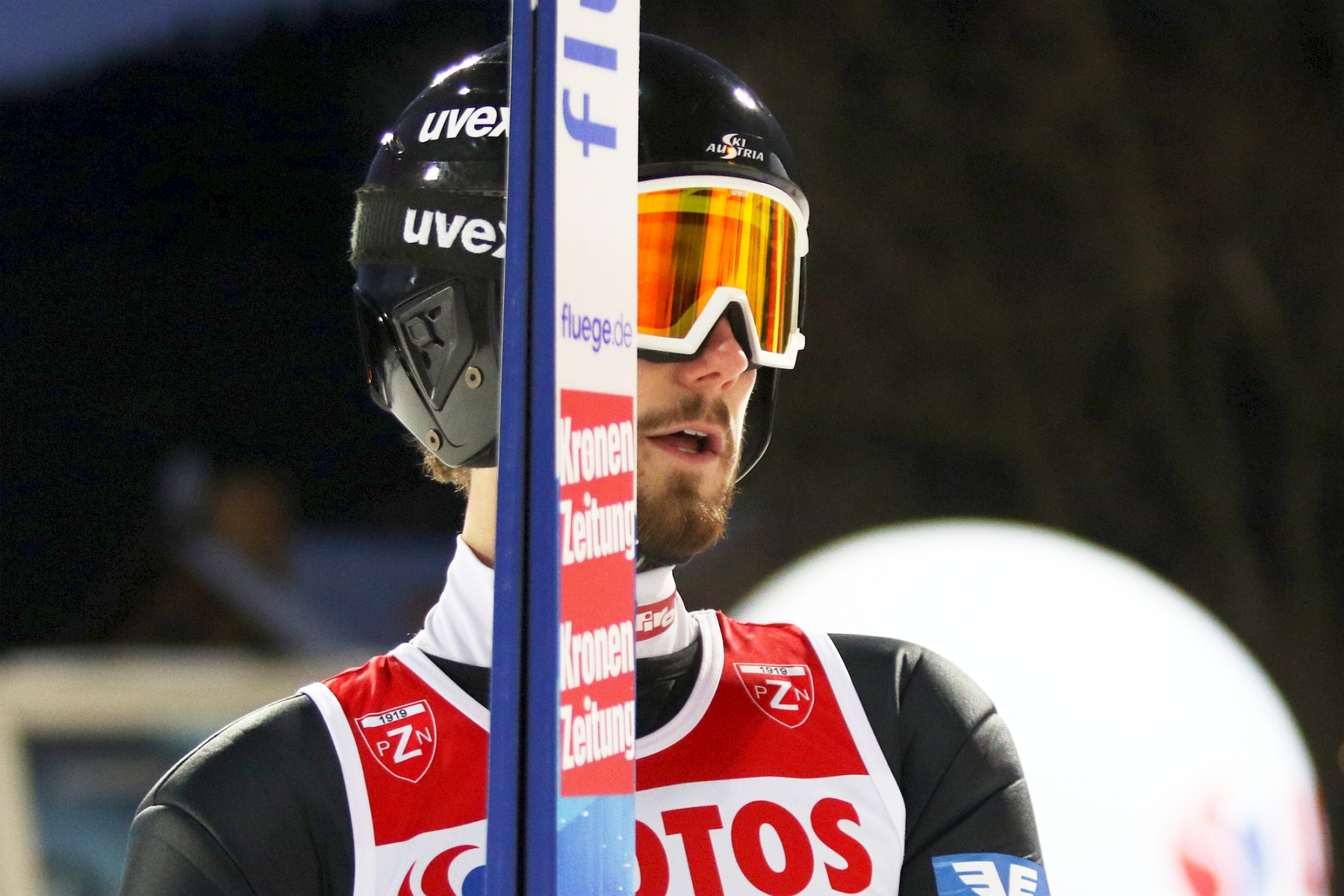 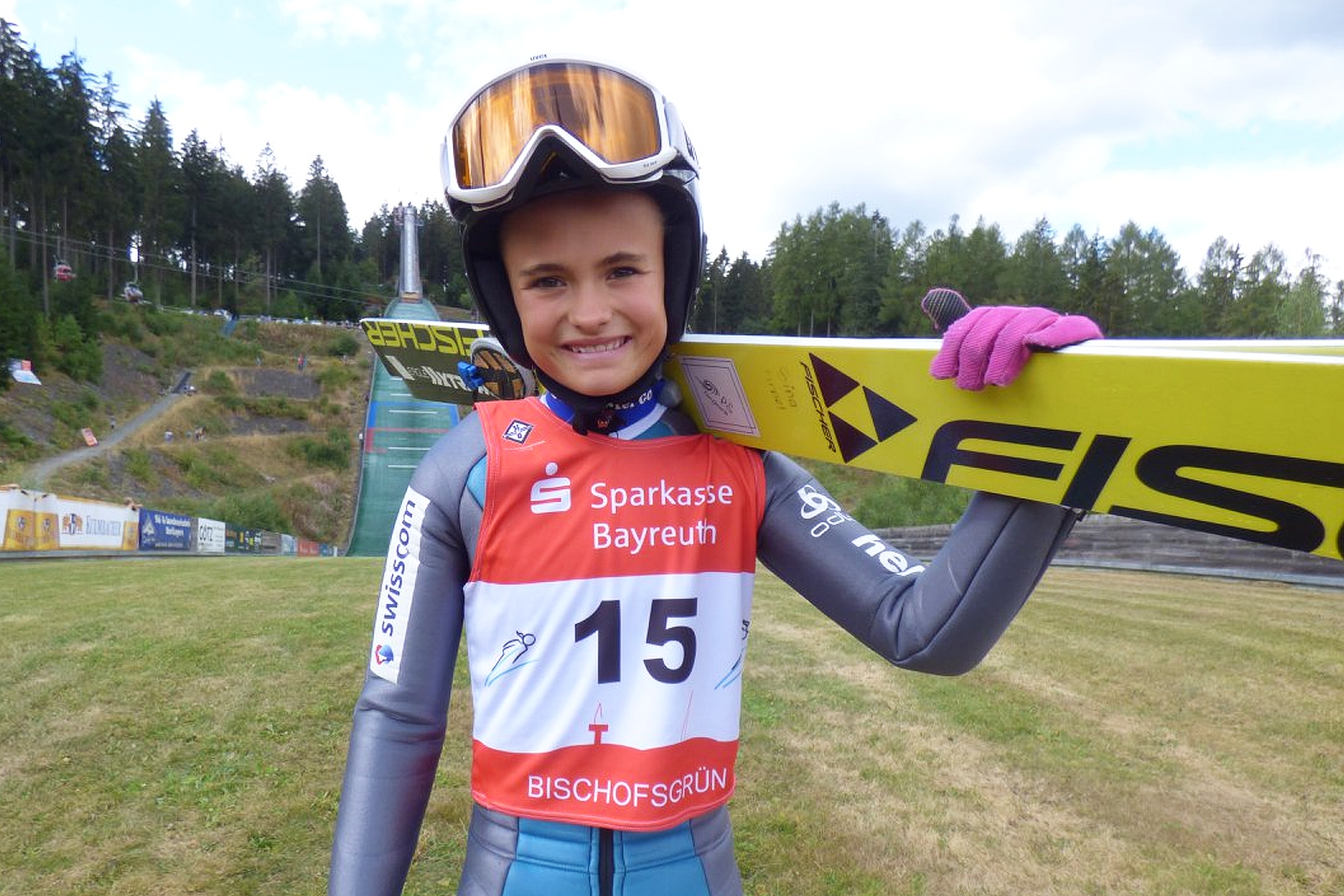